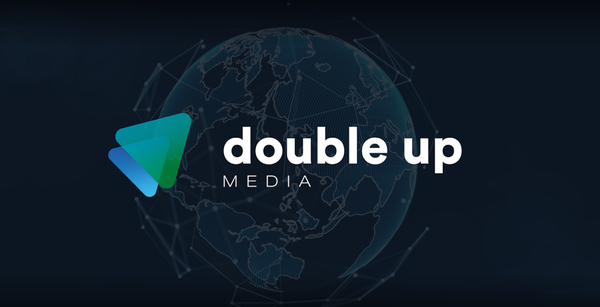 How remastered games are keeping a generation of players engaged

Remastered titles are bringing in old fans and newcomers to beloved games Classic video games hold a special place in everyone’s heart through sheer nostalgia. A majority of our youth was spent playing different video games and learning to love the worlds that were created. Of course going back to those original games decades later can sour the taste of nostalgia from these games. Sure, they have some redeeming qualities but they just can’t hold up to the modern standards of video games. That 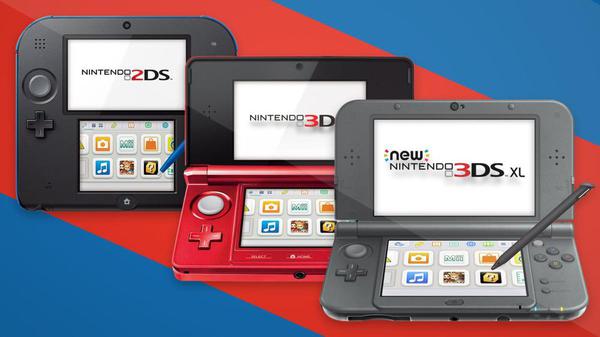 A successor to the incredibly successful Nintendo DS, the Nintendo 3DS released 10 years ago this year. The console features backwards compatibility with older Nintendo DS games and its primary competitor was Sony’s PlayStation Vita. Unlike the Nintendo DS, this new version was able to display 3D effects without the use of 3D glasses plus with an internet browser and an eShop. Despite it being the least-selling handheld for Nintendo, it’s considered a success with some great games. To celebrat 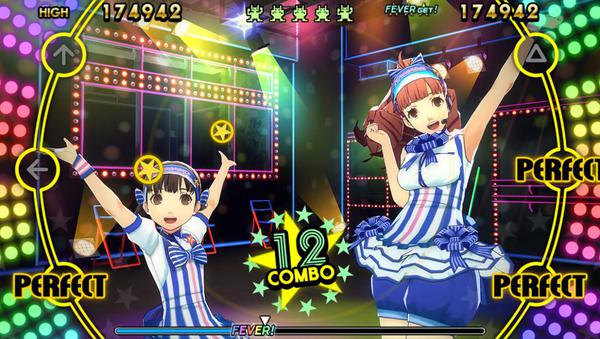 Persona 4: Dancing All Night is a rhythm-action game developed and published by Atlus, and was released first on the PlayStation Vita 5 years ago. It’s a spin-off from Persona 4 but still follows the main cast of characters as they have to get down and boogie to defeat shadows. Yes, that’s actually what they have to do. Roughly taking place a month after the epilogue of Persona 4 Golden, the story follows Rise Kujikawa and the rest of the Persona 4 crew as they help her for a big concert called 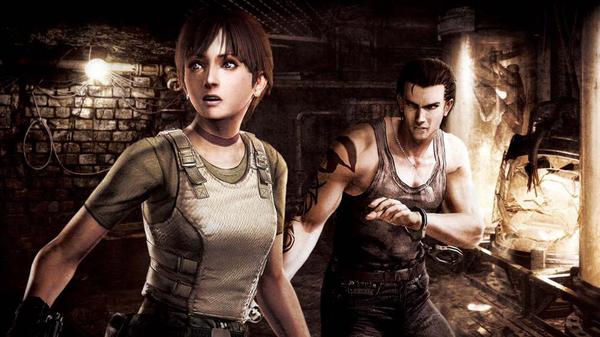 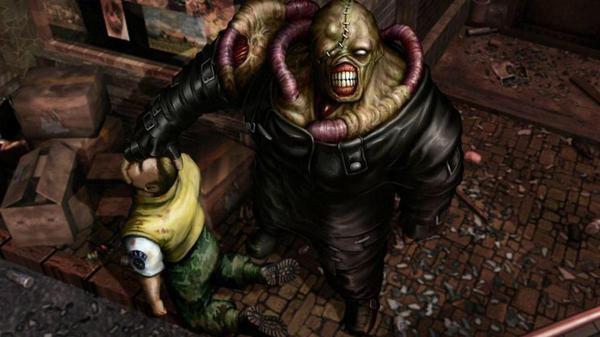 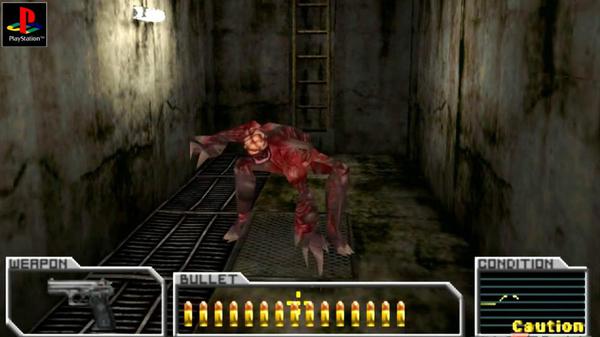 To celebrate the 25th anniversary of Resident Evil and the release of Resident Evil VIII next month – we’re celebrating the series this month. As the first release in the Gun Survivor series, Resident Evil Survivor was a major departure from the survival horror style from the original series. It was released across the world in 2000 on the PlayStation, and celebrates its 21th anniversary this year. The game received mostly unfavourable reviews on release and has been a title that is often forg 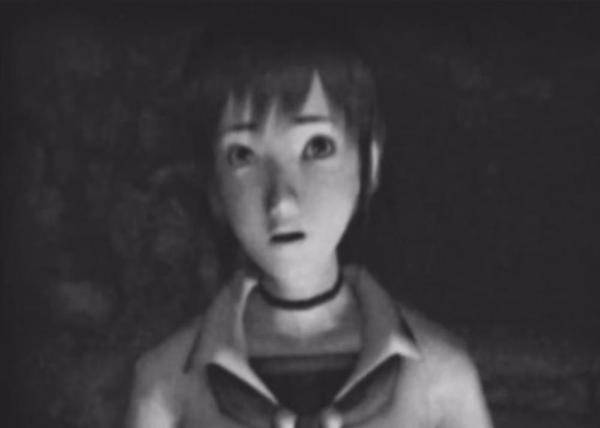 A survival horror game developed for the PlayStation 2 by Tecmo, Fatal Frame released in Japan in 2001. It was later released on the Xbox a year later. The story is set in 1986, and follows two siblings Miku and Mafuyu Hinasaki. Mafuyu ends up disappearing after searching for a famous novelist in a haunted mansion, and Miku goes to find him. During her exploration, she uncovers the clues of all the people who disappeared. She ends up finding hostile ghosts and a dark truth of what actually happ 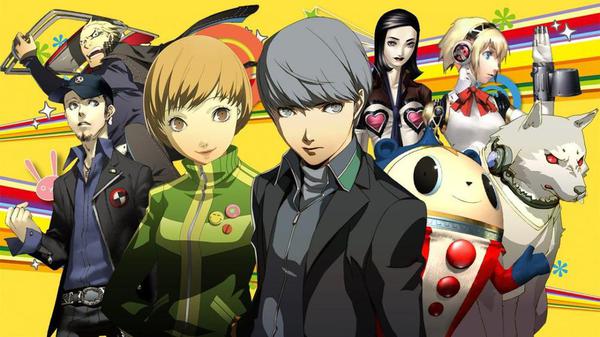 Celebrate the 25th anniversary of the Persona series with our ranking of the top titles in the series. Originally known as Shin Megami Tensei, Persona is a series that has exploded in recent years. Persona 5 definitely brought the game more to western audiences, but that doesn’t mean that other titles don’t have any value. It’s time to see which Persona game rises to the top. Just because it’s not number one, doesn’t make it a bad game. However, compared to the others, this game is just lackin 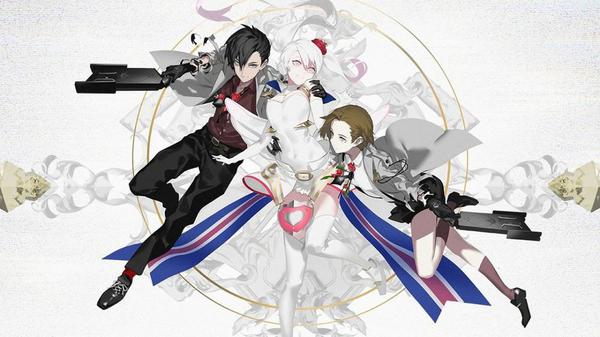 A remake of the 2016 original The Caligula Effect, The Caligula Effect: Overdose follows a silent protagonist who finds out they are trapped in a virtual world called Mobius. They must find a way out to save themselves and their friends in this JRPG. Mobius is a virtual world governed by a virtual idol called μ where residents are given their ideal Japanese high school life. The protagonist is one of many who is trapped in this world who started to realise that the world isn’t real. You end up 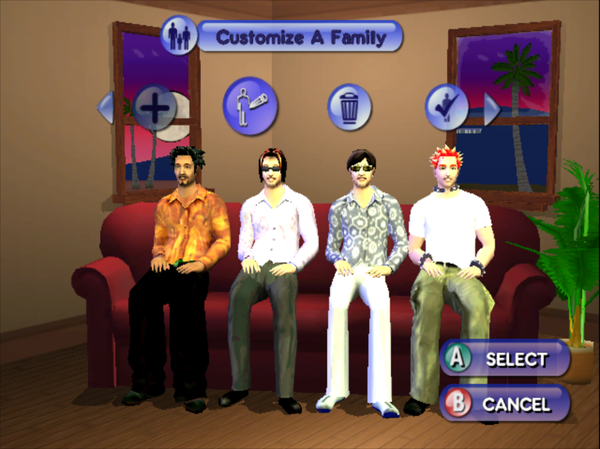 Many players of The Sims, experience it on their PC or laptops. It may come as a surprise that others experienced a different type of game on their consoles. Now, it’s finally time to see which console version of The Sims is the best! The PC version of this game has been hit and miss, and it just doesn’t work on console. It’s too tricky to control and manage Sims with everything going on. This is just a port to the console and it’s too complicated. If you can work it out or hook up a keyboard a 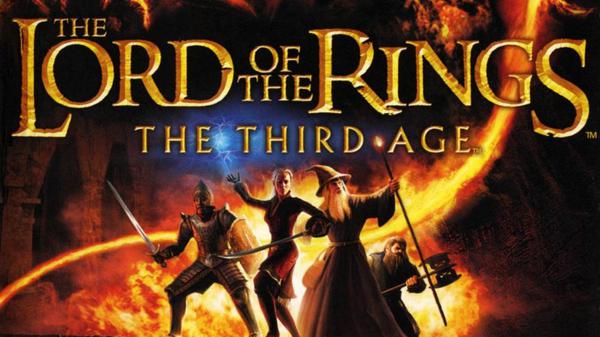 The Lord of the Rings: The Third Age

The Lord of the Rings games are divisive, and The Lord of the Rings: The Third Age definitely falls into guilty pleasures. It loosely follows Peter Jackson’s Lord of the Rings trilogy, but with new characters alongside the ones you already know and love. The characters and storyline are completely cliche and generic – but it’s just so much fun to play. With the RPG elements mixed with the Final Fantasy X inspired combat, it makes the game so addictive and entertaining to play. Naturally, there a 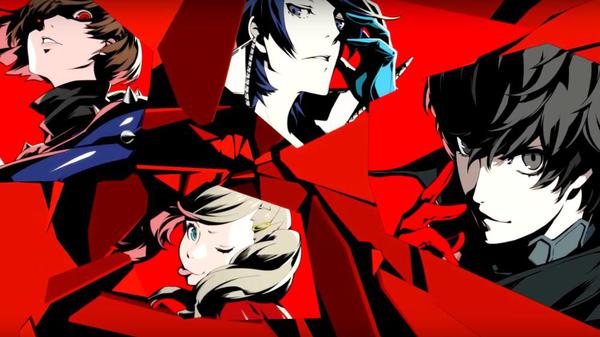 Despite a long-running series, the Persona series only became popular with the release of Persona 5. The game follows a nameless protagonist as he is falsely accused of a crime and must lose his life in his hometime. He is forced to move to Tokyo under probation. Only, when he goes to Tokyo he finds that he can change people’s hearts to make them better people. He forms a group with his new school friends to form the Phantom Thieves. Along the way, he learns the truth of his false crimes and mu 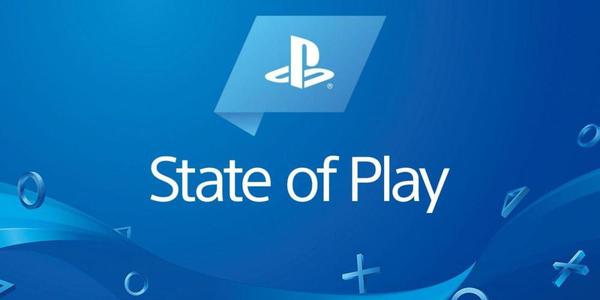 Last night’s Playstation State of Play broadcast showed a mix of upcoming third-party games and indie titles coming to the PlayStation 4 and 5. The broadcast lasted around 30 minutes and started with Crash Bandicoot 4: It’s About Time. For the PlayStation 5 version of Crash 4, it offers 4K 60FPS gameplay, faster loading times and reactive triggers on the new console. State of Play also showed a quick look at Returnal and explained more of the game mechanics which seem to lead to the idea that i 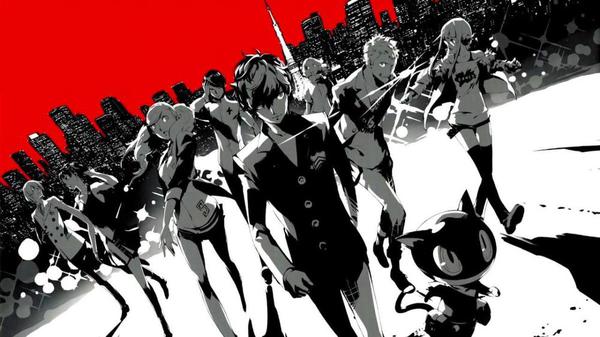 Persona 5 is the ultimate JRPG that’s both engaging with its narrative and completely stylish visually. Released worldwide in 2017, it follows a vigilante group called The Phantom Thieves who hope to better the world by changing people’s hearts, making them kinder and overall better humans. The gameplay is easy to follow and you’ll find yourself immediately invested in this incredible world. From the engaging characters to the infectious music, Persona 5 is a triumph through and through. It’s cl 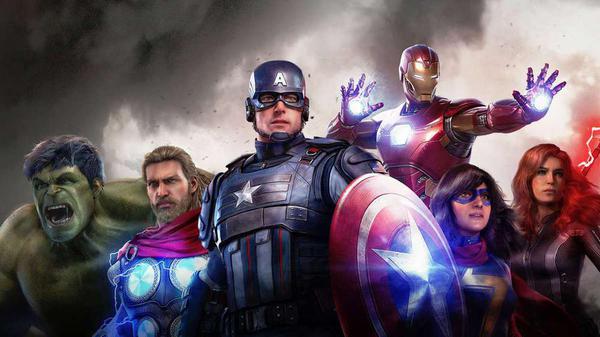 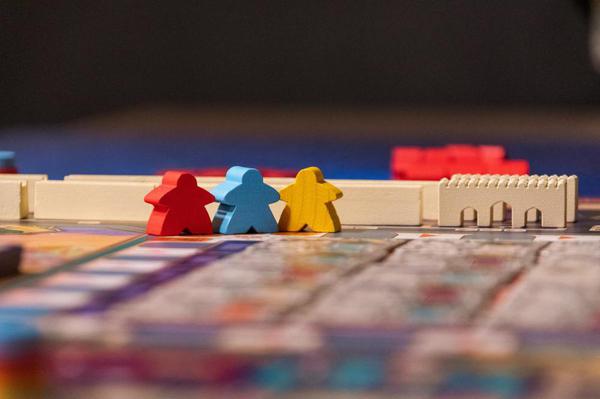 5 board games to keep entertained with through lockdown

It’s difficult to switch off technology in this modern age, and even more so due to lockdown. Staring at a screen all day isn’t the best remedy for your mental health either. Board games are a great way to distance yourself from your phone whilst keeping your mind active and having fun whilst doing so. Here is a list of 5 entertaining board games to play with your family and keep you amused during lockdown: This board game series is inspired by escape rooms and uses a simple system which allow 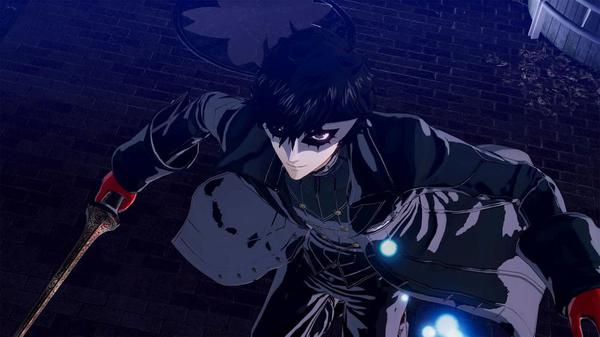 The Phantom Thieves are back – this time for a road trip! Persona 5 Strikers brings back the lovable gang from Persona 5 as they embark on a new journey as they once again try to save Japan and clear their names. Developed by Dynasty Warriors developer Omega Force in part instead of solely just P-Studio, is Persona 5 Strikers a worthy sequel or just a cash grab? Set six months after the events of the original Persona 5, it follows Joker and the rest of the Phantom Thieves as they are roped into 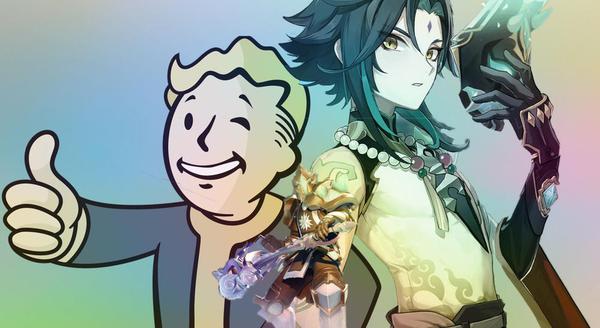 The Best 5 Free Games To Play

Games are increasing in price – and that’s not cool. Let’s face it, with microtransactions being a normalised thing – you are expected to pay more than the initial price. Did you know that there are already free games out there that you can play and you don’t have to pay anything for the core gameplay? We’ve ranked 5 of the best free to play games for your enjoyment. You can either play these fully free or buy certain items – the final decision is up to you. Available on PC, PS4 and mobile dev 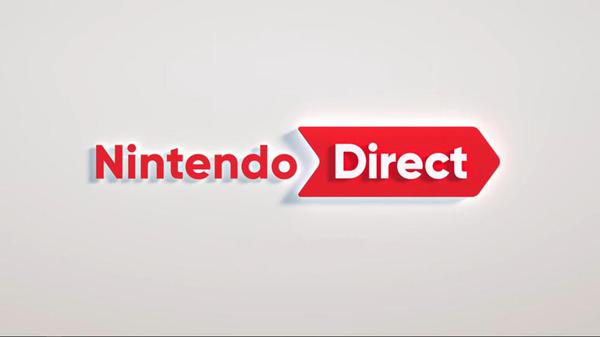 The Legend of Zelda: Skyward Sword HD was announced for Nintendo Switch on 16th July with optional motion controls. Sadly, only a mention of Zelda: Breath of the Wild 2 with more details to be released later in 2021. This year is Zelda’s 35th anniversary and it’s expected that more celebrations will take place later this year. Expansions and DLCs were announced for existing games such as the free update coming called Animal Crossing: New Horizons Super Mario Update. Hyrule Warriors: Age of Cala 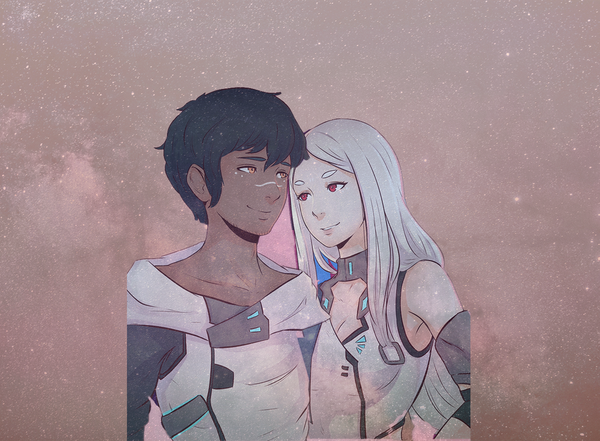 Two lovers end up stuck on a strange planet and must survive together – Haven is their story. Recently released on PlayStation 4 and Nintendo Switch, Haven is a third-person role playing game in which you have to fight and collect resources to survive. Developed by The Game Bakers, Haven is the fourth game developed by the French-based indie studio. Haven focuses on Yu and Kay, two fugitives who escaped an oppressed society called Apiary. On Apiary, people are forced to couple up with selected
Load More Articles
Close ✕